Build a Huge Back with 30 minute Power Bodybuilding Workouts!

Combine exercises in powerlifting and bodybuilding for the big muscles that can cope with serious weight.

The program of training with an emphasis on the muscles of the back in the mode of power bodybuilding, the feature of which is that the work is performed with heavy weight. Accordingly, in most exercises it is necessary to perform 6-8 repetitions each set. Strength is the goal, not the pumping, so do not wait for the program to use such methods as drop-sets and supersets.

160 points
Why it is payable?
Insufficient funds
To activate programm top up balance.
Add funds to balance and activate 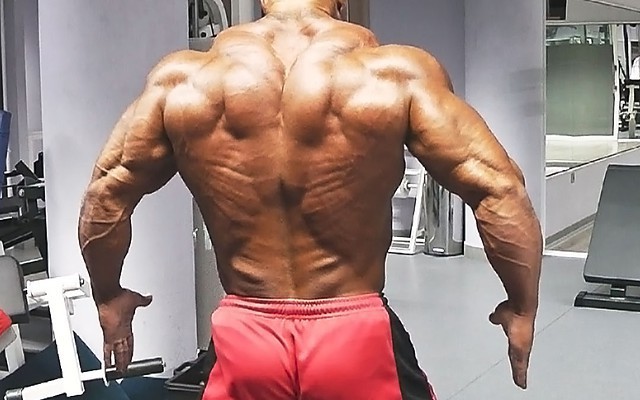 Powerlifters and bodybuilders are like quarreling brothers. Some differences they can never fully bridge, and yet, for better or worse, they remain closely related. They do many of the same exercises; bodybuilders squat, deadlift, and bench-press, just as powerlifters crank out sets of triceps extensions, barbell rows, and dumbbell flyes for accessory work.
A few bodybuilders — most especially Johnnie Jackson, Stan Efferding, and, in his early years, Ronnie Coleman — have combined powerlifting and bodybuilding to great effect. They’ve ended the tiff and used a lower-rep, power-intense approach to bodybuilding to become both stronger and larger.
ENTER POWER BODYBUILDING
The idea is that prioritizing strength gains, with the big three lifts, will ensure steady progression in both weight on the bar and muscle on your frame. After all, your body is an adaptive organism that naturally resists the change and stress you place on it in the form of weightlifting. So haplessly lifting weights for a generic rep scheme won’t get you too far. Your body will figure it out and stop growing. But slowly and steadily increasing the load you’re lifting on a weekly basis is a new stressor for your body to adapt to.
In addition to focusing on the three power lifts, the other thing that distinguishes power bodybuilding is its emphasis on heavy sets of relatively low reps. Most sets should be in the six- to eight-rep range. Strength is the goal, not the pump, so skip techniques like dropsets and supersets. Instead, rely on forced reps or controlled cheating to eke out another rep or two. Watch power bodybuilders Branch Warren and Jackson charge through a brutal session, and you’ll quickly understand that—on exercises like pulldowns, dumbbell laterals, and EZ-bar curls—they’d rather loosen their form to keep a set going than stay strict and miss out on that extra rep. After all, it’s those extra reps over the course of a workout that are crucial to growth.